In Asia, money can buy you love

In Asia, money can buy you love and a foreign Asian wife. The cost is between USD 6,000 and USD 12,000 for a man to choose and “import” a Vietnamese wife. Depending on different “supplier” countries, potential brides in Vietnam are expected to pay for listing with the marriage brokers.

International matchmaking agencies offer marriage package tours to “supplier” countries such as Vietnam, China, Thailand or the Philippines. The “fast food style” of marrying a foreign Asian bride enable men in the space of seven to ten days to choose a woman and start marriage procedures.

Meanwhile, the man returns home and within a few months the foreign Asian wife can join her new husband after immigration formalities have been completed. 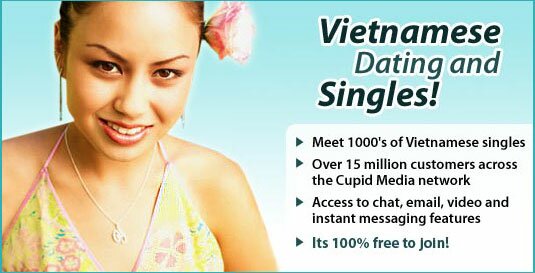 Is there true love by marrying an Asian bride ?

Whether the couple has found true love is another totally different matter. For now, each party has reached their own objectives; the Asian man has a wife with traditional values that are willing to stay at home and take care of children. For the case of the foreign Asian wife, she has secured a stable lifestyle and is able to provide for her family back in her homeland.

The majority of foreign Asian brides who migrate to get married do so of their own accord and not because of the perceived threat of bride trafficking.

These foreign Asian brides’ objectives are simple: to get married and migrate

Like most migrants from developing countries, they hope that migration will enable them to send money back to their families and to improve their own lives.

Why are Asian men forced to marry foreign Asian women as brides?

There are a number of factors influencing Asian men to marry foreign Asian brides. From the Asian men perspective, they have the responsibility to continue the paternal line by giving birth to a son and taking care of their aged parents.

Social pressure is extremely strong especially in South Korea where it is difficult for South Korean men to remain single and childless. Furthermore, a hectic working lifestyle left men with no time for dating let alone marriage. Therefore the easiest and convenient method is to marry a foreign Asian bride.

Are native Asian women to blame for the Asian bride phenomenon?

With the rapid economic growth in Asian countries such as Taiwan, South Korea, Asian women are highly educated and most of them are in the workforce. However the division of household tasks between spouses remain unchanged in Asian traditional family structure. Men are supposed to bring in the money and women are expected to take care of kids and household tasks.

Many Asian women are unwilling to settle for the traditional role of a wife and they are compelled to choose either work on one hand or marriage and motherhood on the other. At the end of the day, most of them preferred to keep their jobs and stay single.

Click picture below to seek a Chinese woman online

FilipinaHeart is an Asian online personals site where Filipino singles can get together to find friendship, pen pals, dating or marriage partners. Click here if you have yet to read FilipinaHeart review part 1.

Joining up is always free in FilipinaHeart but you will be in for a surprise when you browse the Filipina women gallery. Recently, FilipinaHeart has created a special gallery that feature its own female members wearing sexy bikinis.

Some of the filipino girls are very daring and pose in suggestive positions that will make your eyes pop. There are also Filipina girls who take it further by taking photo of themselves in showers.

A bit about Filipino Girls

Filipina women have always been popular among Asian online dating because they have the ability to speak fluent English. Compared to other Asian women, eg Chinese women, Vietnamese women, language is a barrier to effective interpersonal communications.

Show your interest to Filipino Girls in Bikini

Did you know that there are some households that are headed by filipino women and they control the family finances rather than man?

Here are some additional facts you might find interesting about filipina women in the Philippines.

In the Philippines, there are more highly educated filipino women than men.

Statistics on Filipino women’s education conducted in 2003 survey has shown that filipino women are more literate than filipino men. The completion rate of female in the high school level (secondary level) is higher at 62% compared to male at 48%.

Since the pre-colonial days, Filipino women have enjoyed equal status with men. Filipino daughters can inherit family properties and they receive the same education as filipino males.

In the eyes of the filipino society, divorce or separation is not seen as the solution for matrimonial disputes.

There are restrictive divorce laws in the Philippines. Only under limited circumstances, judicial separation is permitted but legal remarriage is not allowed. The Philippines Family Code of 1987 constituted a change to amend the Civil Code.

Although divorce obtained abroad by a foreigner is recognized, many filipina ladies viewed divorce as a protection against abandonment and loss of support by unfaithful husband.

Due to the fact that filipino women have strong English speaking capabilities, they are highly sought after by other countries. United Arab Emirates, Hongkong, and Saudi Arabia are the top three countries that employed filipino workers.

Now that you might have a better understanding of a filipina woman, you might try to date a filipino lady who is working overseas and feeling lonely?

According to data released by South Korean Ministry of Gender Equality, more than 35% South Korean men are choosing to marry Asian women over local Korean women. This trend is not particularly limited to South Korean men. Asian men from rich countries such as Japan,Hong Kong, Taiwan and Singapore are also seeking women from South East Asia as brides.

It is because young Korean women who are economically independent prefer to stay single. Also highly educated young Korean girls are picky as they prefer an urban to a rural lifestyle.  Those South Korean men who are left out of the dating scene are fishermen and farmers.

If you are looking to for Korean women for online dating, click below to join for FREE

Which countries does these Asian brides come from?

South Korean  fishermen and farmers chose immigrant Asian brides, mostly from China or South-east Asia countries like Vietnam and Cambodia. Because of cultural and values similarities between China and South Korea, More than 47% of Asian brides come from China.

This is an interesting phenomenon because China has always been an exporter of Asian brides, Chinese men of marriageable age will find themselves without women to marry by year 2020.

The shortage of Chinese girls is due to China’s strict one-child policy that has contributed to gender-specific abortions, favoring Chinese males who can carry on the family line.

Why do these Asian brides choose to marry South Korean men?

Due to poverty in their families and because these Asian women want to improve their family situation, Chinese women, Vietnamese women and Cambodian women hope to have a better life.

Does these Asian brides live happily ever after?

As always there are cases where matchmaking agents or marriage broker agencies who “over promise and under deliver” that give the industry a bad name. Some of Asian brides end up with the short end of the stick, instead of a better life, they are stuck with husband who have few assets or who are ill, alcoholic or abusive.

However these cases are few and as long as safeguards are put in place by relevant authorities, the trend of marrying Asian brides is here to stay.

If you are looking to for Chinese women for online dating, Click below

If you are looking to for South east Asian women for online dating, Click below In this Muslima.com review, you will find out how to express your interest to Muslim women that attract your attention.

As you can see above, every Muslima.com member profile has a function called ‘Show Interest’. Just click on it to let the opposite party know that you are interested in her.

A message will pop out to inform you that your interest has been sent to the Muslima.com member. You can send as many ‘Show Interest’ as you like and the trick is to let prospective Muslim women know that you exist in the Muslima.com database.

If you have followed AsianDatingZone.com advice closely, you should take your time and write a profile that reflect your personality and your dreams. Muslim women are attracted to men who are goal-oriented and has a sense of purpose towards life.

You should also upload a really good quality profile photo of yourself. In time to come, this will be your most rewarding activity. Profiles with the best photos always appear first so it’s a great way to catch the attention of female Muslima members.