Why Thai Woman Are Irresistible

There are many stories told about men seeking their Thailand adventures with Thai women. Here’s a fact; many Thai woman are naturally attracted to Western men.

If you are a foreigner, you are instantly qualified as their potential partner with their first glance.

This can be a double edged sword as you might not know what’s behind their motives. With that being said, let’s look at why Thai women are so appealing and seductive. 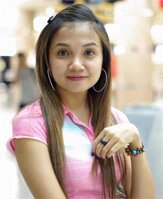 People in Thailand have a peace loving and laid back attitude. This makes vistors from foreign countries feel welcomed.

Thai women are gracious, very accomodating and have a relaxed persona about most things compared to western women.

It is their Buddhist influenced approach to life that makes them particularly attractive. Thai women tend to live a lifestyle with a dose of nonchalance. This can be quite captivating and disarming as it gives you a feeling of serenity and calm.

Thai culture is diverse enough to make any Westerner feel at home.  It is an open secret that many Thai woman want to meet Western men. Thai women see Westerners as unusual and fascinating and this makes them a perfect match.

It’s hard not to be taken by Thai women who seem to be always smiling, welcoming and friendly.

Tips To Win Over Thai Women 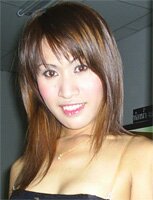 The first thing you need to be aware of when meeting Thai women is that you really need to be considerate about Thai culture and Thai lifestyle customs.

What that means is that you should refrained from hugging, kissing a Thai girl in public.

You see, in Thailand there’s very little display of public affection unlike in western countries.  It is a rare sight to see any Thai people hugging and kissing each other.

Thai women loves being pampered like a little princess and the little acts like giving flowers, opening the door, pulling out the chair for her in a restaurant makes you very desirable to her.

With the increasing popularity of K-Pop Korean culture catching on, many people especially non-Korean women are willing to find out more about contemporary Korean culture. Sexy and seductive Korean actors in dramas whipped up amorous fantasies among women. This led to many Asian women hoping to find their ideal Korean lover.

If you are considering dating or marrying a Korean man, please read the following carefully:

Sorry to break your heart but these Koeran guys preferred the company of women who are of the same nationality. Due to the conservative cultural upbringing where they are less likely to be adventurous in relationships. Parental pressure also play a part which some parents have no tolerance for having a daughter in-law from different racial background.

There is a strong social pressure for them to get married early at the right age. So keep your eyes open when some of them who are over 30 years old comes along. Either he is going through some unusual circumstances or there is definitely something wrong with him.

Although there are always exceptions, Korean women tend not to avoid marrying divorced men or men living in rural areas as farmers. Venture at your own risk.

Here’s the shocking reality; Unlike those Korean actors where they are always seen as longing for true love, the majority of Korean males are prejudiced. That means that they are biased against people whose skin color are darker than them especially Southeast Asians who are generally darker than Koreans.

Myth #4. Korean men are gentle, kind yet sensitive with woman

Most of them are true (grab hold of these fine species) but there are always some black sheep.  They have a tendency to be very proud of themselves. Look out for those who are self centered and male chauvinist. You may want to keep your distance away from them.

Myth #5. You are dating/married to him only

If you are still brave enough for some online Korean dating adventure, please go to Korean Online Dating Reviews

Where Can I Find Asian Mail Order Brides

Although I must admit the aura and attraction of Russian women is definitely appealing, however Chinese women does not lack far behind.  You see Chinese woman unlike western woman are very shy when it comes to dating and marriage and for those who are used to dating western women, Asian women becomes a totally new alluring experience.

You can find REAL Chinese women looking for marriages in ChnLove.com. I emphasized on REAL women due to many fake profiles being posted on various Asian online dating sites.

You can get a response by means of translated email from a Chinese woman if she is interested in you. For an example of the email response and a full review of Chnlove.com you can read it here.

If you prefer Filipina woman over Chinese girls, then FilipinaHeart.com is the site for you. Although Filipinaheart.com is not a traditional Asian mail order service, Most of the female filipino members are actively seeking out marriage partners especially from western men from United States and Australia.

Craze for dating are increasing day by day and it is gaining popularity among youths and even in adults. Dating is always a great fun and it is enjoyed by most of the people. With the advent of computers and internet, dating is catching popularity through the online dating sites that help the individual to find a suitable date for himself. There are various sites that provide dating facility on the basis of caste, religion, location and origin. These sites have over a million of members that seek help from these sites to find a date as per his choice. There are some specific sites that cater to only Asian people. These Asian dating sites help the Asians to access the people of similar community globally.

There are certain common things among the Asians that attract every Asians towards each other. Respect and honour are the two main aspects that attract Asians towards each other. These two aspects are taught to an Asians from the very beginning and they great amount of respect and honour for each other. They know their limitations in their personal relationship and they behave accordingly among their friends and age groups. An Asian woman from her very early age is taught about the love and relationship, she has to develop to live a happy life. Similarly man is also taught to protect and support the woman in each and every circumstance. One prefers Asian dating only because of the similarity of the basic principles and values.

Asian dating sites are popular among the Asians as they easily get adjusted with another Asian of same culture and traditions. These sites are easily accessible and can be surfed by sitting at home. With the help of these sites one can not only find suitable date but it also suggest a venue for the couple to go for a date. Earlier this was not possible with the traditional means of dating. Asian dating sites are popular not only with Asian people but with Americans and British also, as they love to date with an Asian because of their tradition and values which they show for each other. These aspects of Asians are admired by them as they find these aspects missing in the American or British.

In Asia dating, love and relationship are held in high esteem. These are deeply rooted in the traditions of the people and they do it with their complete affection and make memorable experience for their partner. Asian is the most passionate lovers in the world, and they know to show love and respect for each others. The warm feeling of the Asian dating can be strongly felt and it wins the heart of every people with its love and simplicity.

People have taken to online dating like a duck takes to water…because it works…or, at least, it can work.  Women are, in general, terrified of meeting a man that she has been chatting with online.  All they have heard about are the scary things that can happen…and, I must say, they have a right to be careful to the extreme.  That’s not only wise but vital.  So what’s a nice guy to do?  You aren’t a pervert, a sexual predator, or a weirdo.  You are just a nice guy looking for “the” girl for you.

Here are the 3 keys to successful online dating

You must be patient.  Don’t press her for personal information like her real name or where she lives.  Keep your conversations light and fun until she feels comfortable talking with you online.  Don’t try to rush her into meeting face-to-face.  She will think you are desperate or a pervert.  Patience.  Patience. Patience.
Be Honest

Be absolutely honest about your physical appearance and job.  A good relationship has never been, and will never be, built on lies and deceit.  Eventually she will find out the truth anyway and there you are back at square one.

Picture Sells
A picture really is worth a thousand words.  Post many pictures of yourself doing your everyday activities and make them full body shots, not just head shots.  If you were dating a girl in the real world she wouldn’t just see your head.

Once the discussion has been opened about meeting face-to-face for the first time, suggest that you meet in a very public place, during daylight hours  and that she bring a friend with her.  After all, you have nothing to hide.  You’ve told her the truth about yourself and she has already seen a lot of pictures of you.  The only thing left is to make her feel safe meeting you.